Skip to content
This is especially for John Jasik, given his interest in Turkey. It was a church for nearly 1000 years and then became a mosque. I don’t really care who controls it, but they should take better care of it. I visited twice. Istanbul is one of my favorite places. Re Hagia Sophia – I am sure those giant round things hanging from the ceiling have some significance, but they detract from the beauty. It is always a challenge for “restoration.” What period do you restore? IMO, the idea that it can alternate between being a mosque and being a church makes good sense. Christianity is the “indigenous” religion, but Islam conquered the place 1452 so they have some claim too. 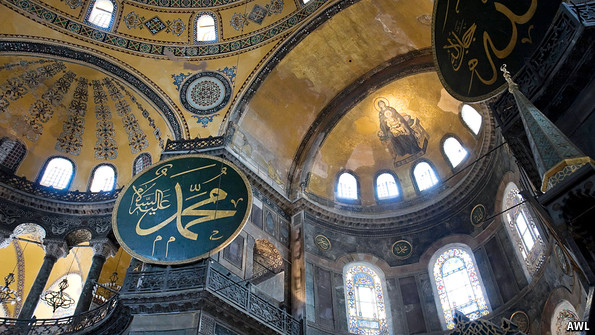